I got an email yesterday from someone who'd read my novel Joshua. 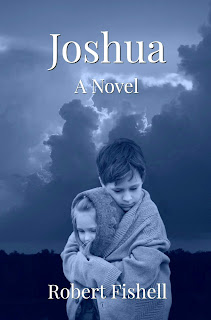 She wanted to know where I got the name and why I chose it as the title. I told her, truthfully, that the names of my characters just pop into my head as I start writing about them. She thought the title was not something that would reach out and grab readers, but to that, I answered that Joshua is a quiet boy who doesn't like to draw attention to himself. Perhaps this isn't a good way to choose a title for something you want to sell, but I don't think I could have given it any other title, and if I could, what would it be?

This leads to the question of where I get the ideas for my stories. This takes a bit of introspection. I have a pretty good idea of where other authors, many of them, get their ideas: from other authors. I don't have a problem with this; nothing succeeds like success, and if you can ride an idea that has captivated other readers while making the book your own, that's fine. It's called writing in a genre, and it's pretty much expected of you.

Let's look at a genre that's very popular right now. It's called Vampire Romance, and at its root is the novel Twilight by Stephanie Meyer. The novel itself is the first in a five-part series – I'll get to series later – but it has spawned hundreds, if not thousands, of derivative works. Vampires in general have been in vogue for a while, in large part because of works like Interview With The Vampire by Anne Rice. Ultimately, all of these works stem from Bram Stoker's Dracula, first published more than 100 years ago and immortalized by the 1931 film of the same name. Vampires themselves, however, come from folklore that originated centuries earlier.

Other authors, in particular Jeff Kinney and James Patterson, gave me my initial ideas for Joshua, but as the story developed, it resembled the works of those authors less and less and started to look more and more like my own life as a child. There were clearly a lot of emotions in me that were looking for a way to surface, and when I started to write a few stories about a 12-year-old boy, they found their way out.

A few of the scenes in Joshua were taken directly from my own experiences, but most of the story arose from feelings about my experiences, rather than the experiences themselves, and the empathy I feel for other children who struggle as I did. My brief experience as a high school teacher provided some of the ideas, while my experiences as a parent provided others. The story is fiction, but the feelings, my own and the feelings I've sensed in others, are real.

As I look back at other things I've written, and at my ideas for things I have yet to write, I realize that all of my stories have some basis in my own experience even if I have borrowed an idea or two from the works of others. For example, my character Spike Bike is loosely inspired by the films Mad Max, First Blood, and Robocop. What Spike feels, however, is all me.

I think this is a good explanation of why I'm not more prolific as an author, and why my stories may seem unusual to some. I think I have the mechanics of writing down well enough that I could write in a popular genre, telling stories that people want to hear even if they've heard some variations of them before. Were I to choose such a path, it would be a simple matter to create a single character in a single setting and write an entire series of books with the same theme. The most successful authors of our time have followed this formula so consistently that it's almost an expectation.

My life, however, isn't part of a series unless you believe in reincarnation. I've lived a long time and I've done a great many things, but like most other people, I don't have an unlimited number of stories to tell. I am still building new experiences all the time, learning about the lives of other people all the time, but it's only rarely that I'm inspired to write about any of it.

This goes against the grain in contemporary literature, and because of that, I don't expect to make a lot of money or to garner a lot of fans. Most people would rather read spy thrillers, romance (with or without vampires), science fiction, or historical dramas, to name just a few of the more popular genres out there. That's all right with me. I read fiction, too, and most of it is the same stuff lots of other people like. Nevertheless, I never feel like I can do justice to any popular genre when so many others have gone before me and have done so well.

While my life experiences are not altogether different from those of other people, it's a fair bet that no one else has perceived them and felt them in exactly the same way. This is what makes us individuals. When I am inspired to write about something, then, a reader can be assured that it won't be a story they've read before. If they find my writing entertaining, or if it touches them in some way, then I'll have written something successful even if it never becomes a best seller.

Posted by Robert Fishell at 8:34 AM